Sonoma County artist Chris Henry was commissioned by Saralee Kunde back in 2003 to paint the Saralee’s Historical Estate Mural depicting the history of this iconic estate, and pay tribute to all of the families who have been a part of its storied heritage.

We contacted Chris to ask how this all came about.  Chris shared that his friendship with Richard & Saralee Kunde had begun when they hired him over the span of a few years to create decorative paint finishes on the walls throughout the old barn.  He explained how he had created the mural on canvas in his studio, and then adhered the painting to the wall in what was then Richard and Saralee’s master bedroom suite.

When Saralee conceived the idea of the historical mural with the families’ names and dates stenciled on the stack of crates, she asked Chris to develop the concept, and he created the artwork which you see today in the dining salon we have now named in her honor.

The original version of the Saralee’s Historical Estate Mural by Chris Henry, 2003

That is, except for a few recent modifications made in the Fall of 2016…

We re-commissioned Chris to return to his mural-painting roots, adding the Jackson Family and La Crema’s names to forever be a part of the legacy of this historical Russian River estate. 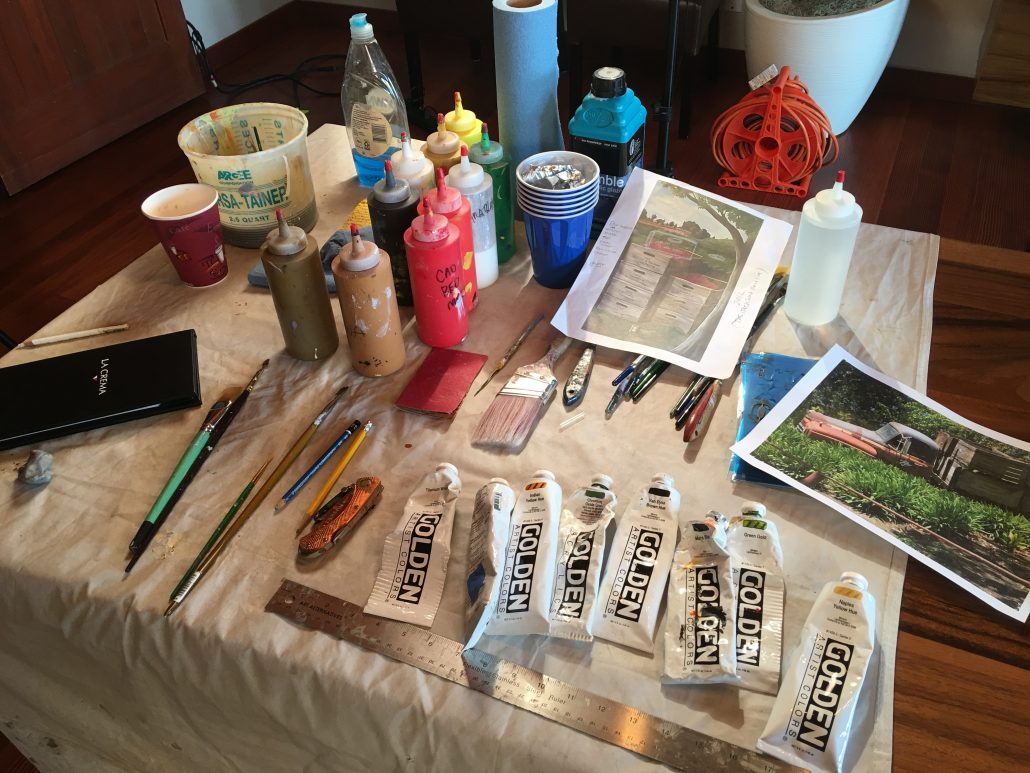 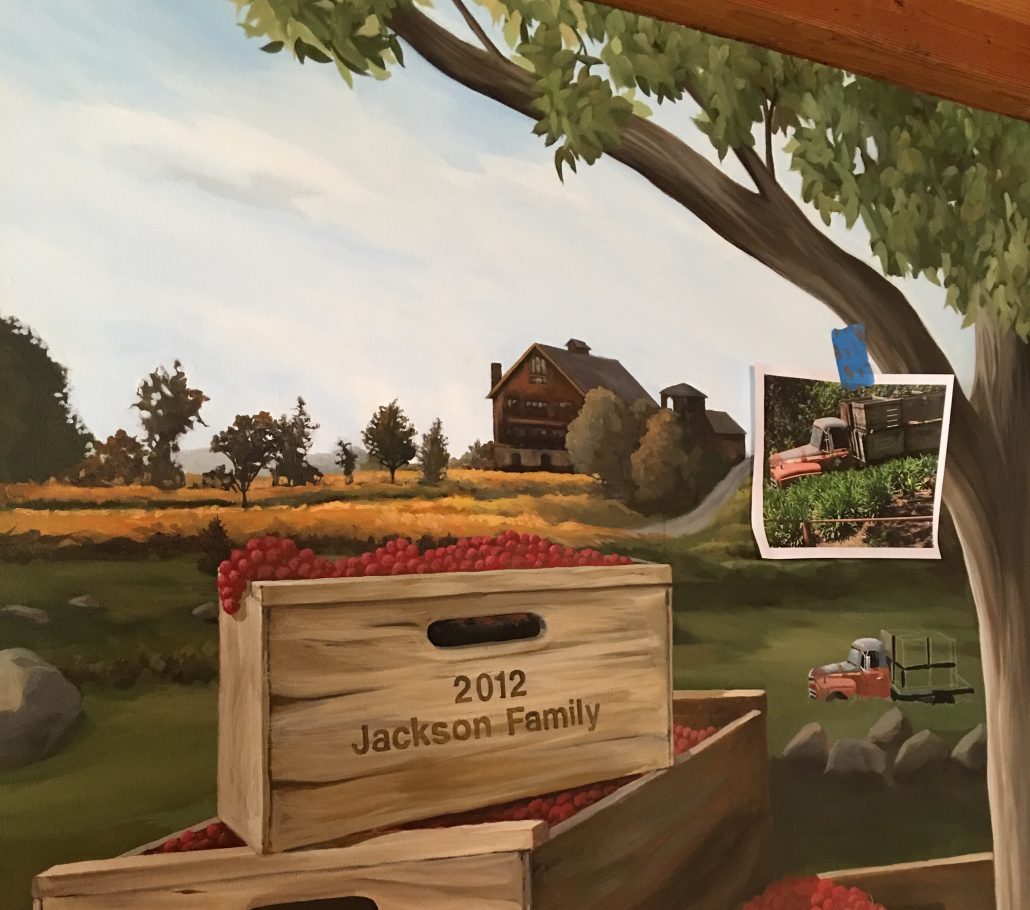 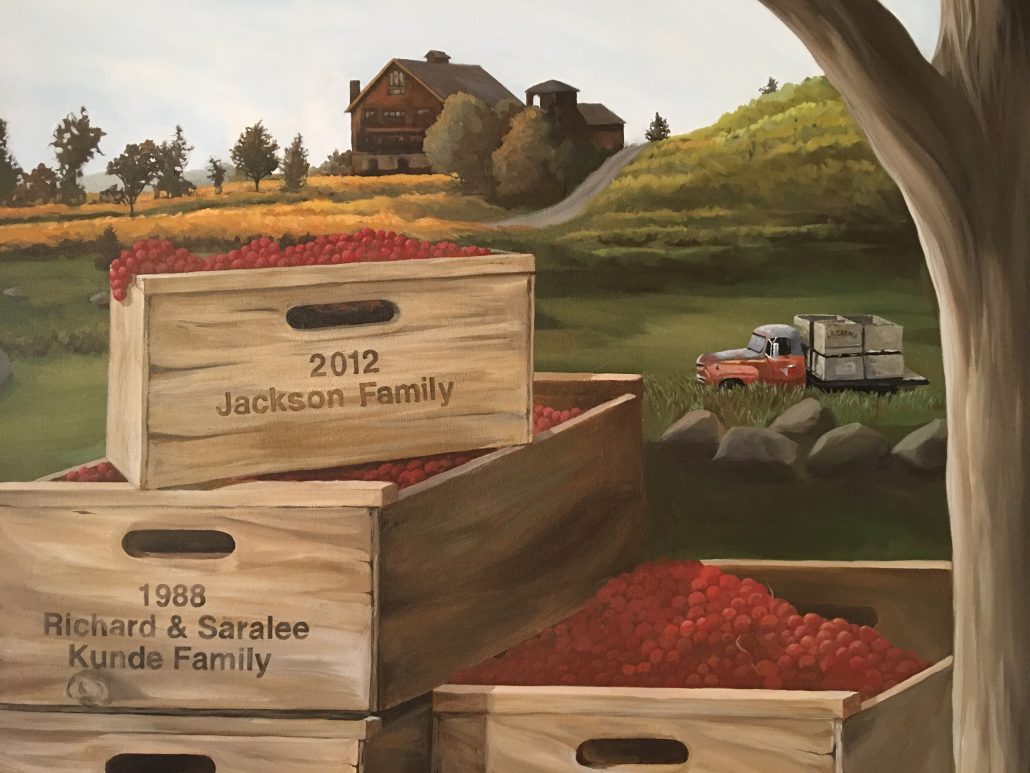 When we searched for Chris earlier this year to ask him about the mural, we learned that since the time of the Kunde’s commission, Chris’ artistic style had evolved considerably, and gone in an entirely new direction.  He is now a highly regarded and acclaimed contemporary and abstract artist, whose work has been featured extensively in galleries, homes and businesses throughout Sonoma County and the U.S.

After getting acquainted with Chris and his more recent work, we realized that his newer style of modern abstract art also deserved a place at La Crema Estate.  You can view several of his beautiful newer pieces down in the main tasting room on the first floor.

Chris and his wife make their home here in Sonoma County, not too far from the La Crema Estate. 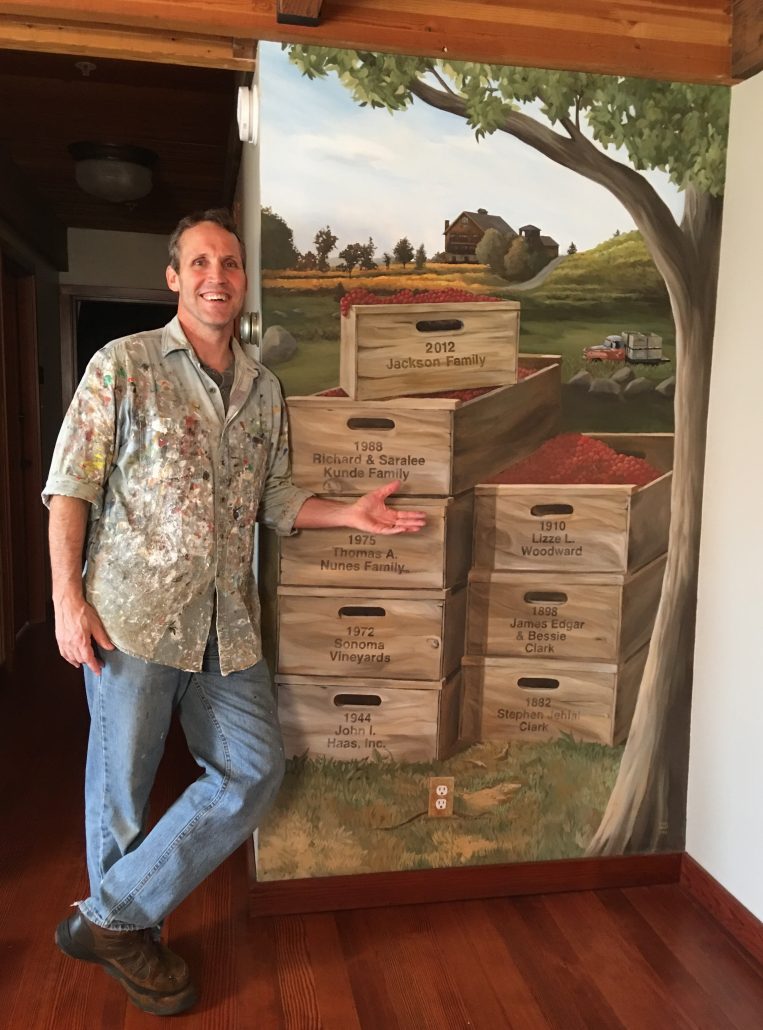 Mural artist, Chris Henry, with the updates to the Saralee’s Historical Estate Mural