From the rush and intensity of harvest, to bottling the wines and taking them to market, he continually strives to improve quality.

A New-Zealand native, Craig McAllister spent his first 20 years in Christchurch, New Zealand, then lived in London for six years. He has travelled extensively throughout the world. He found himself drawn not just to the wine industry, but to the wine lifestyle due to his love of cooking, traveling and being outdoors. This led him to Lincoln University in New Zealand, where he received his Bachelor of Science degree in viticulture and enology.

Craig’s deep passion for winemaking has taken him all over the world, from New Zealand to Australia, Chile and Cyprus. Craig first joined the La Crema team in 2007 as the Harvest Enologist. After gaining additional experience abroad, he joined the La Crema team full-time in 2009. He has been a steward of La Crema’s Monterey program and worked extensively on the Sonoma Coast Chardonnay. He also helped to further develop La Crema’s esteemed collection of single vineyard Chardonnay and Pinot Noir wines. He was promoted to head winemaker in 2017.

For Craig, there is never a dull moment in winemaking. From the rush and intensity of harvest, to bottling the wines and taking them to market, he continually strives to improve quality.

Craig believes that the best wines are those shared with family and friends over a delicious meal. He resides in Healdsburg with his family. 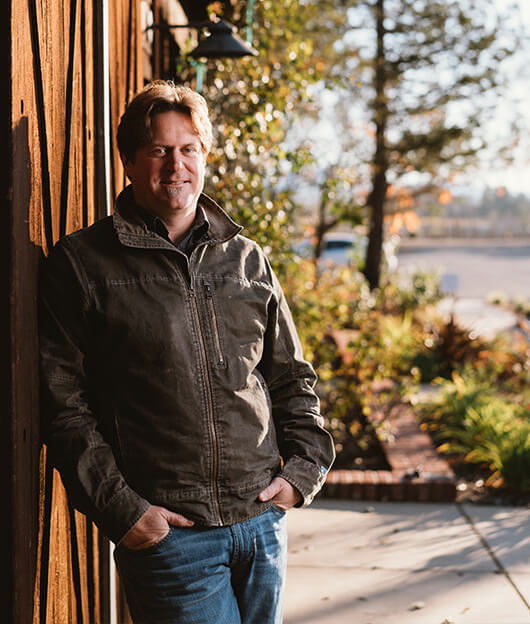 "Even early in the growing season, your conception starts to develop about what the wines will eventually become."

Eric Johannsen is no stranger to Northern California wine country. Having grown up in the redwood-forested Santa Cruz Mountains, vineyards and wineries were almost literally in his backyard. “I would hike or ride my bike through the historic Jesuit monastery vineyards, and those old, gnarly vines seemed so dramatic. When my folks went wine tasting at the top of our road, my sister and I would tag along. The old stone cellar of the Novitiate (now Testarossa Winery) seemed saturated with the smell of wine. It remains an indelible sense-memory.”  Another fixture of life were large family gatherings, often up at a rustic cabin in the mountains, always with plenty to eat and drink. The importance of celebration, conviviality, the communal table were firmly planted in his psyche.

Out of a lifelong fascination with food and wine, along with academic interests in science and the humanities, a career in winemaking eventually followed. After receiving undergraduate degrees in Chemistry and Philosophy, with some restaurant work on the side, Eric began to pursue a Master of Science in Enology at the University of California, Davis.

Before joining the La Crema team in 2004, Eric spent his early career at such wineries as Mount Eden Vineyards in the Santa Cruz Mountains, Cuvaison Estate Wines in Napa, and Williams Selyem Winery in Healdsburg. Throughout his career, he has focused on crafting Pinot Noirs and Chardonnays that represent the unique qualities of each world-class winegrowing region and vintage. After 20 years in the industry, he counts being in the vineyard, soaking in its cyclical rhythms, as his favorite aspect of winemaking. “Even early in the growing season, your conception starts to develop about what the wines will eventually become.”

When Eric is not working, he continues to pursue deeper understanding of wines from around the world. He has visited wine regions throughout Argentina, Australia, and France, including a memorable trip to the Grand Cru vineyards of Burgundy that cemented the Burgundian varieties as his passion. Eric also enjoys spending time outdoors, particularly skiing and camping, as well as cooking for friends and family. 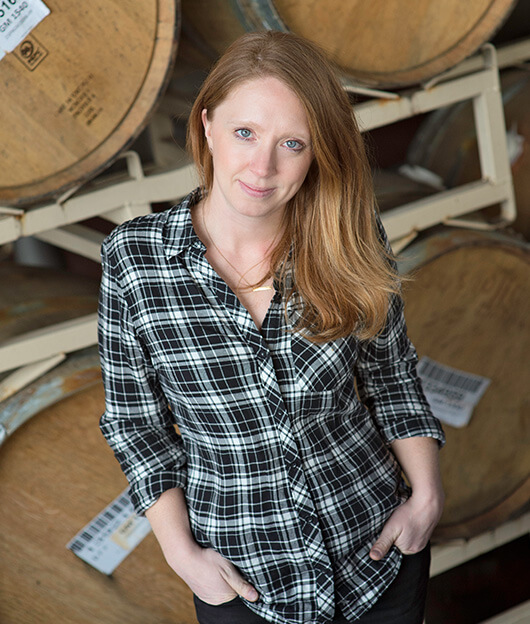 She believes that the mix of creativity and scientific knowledge required to be a winemaker make for the "perfect marriage for a science kid who always wanted to be an art kid, but wasn’t any good at art."

Samantha “Sam” Poehlman has always been fascinated by fermentation microbiology. Growing up in Wisconsin, she developed a passion for wine, beer, and cheese early on, which inspired her to pursue a bachelor’s degree in food science and microbiology from the University of Minnesota. She believes that the mix of creativity and scientific knowledge required to be a winemaker make for the “perfect marriage for a science kid who always wanted to be an art kid, but wasn’t any good at art.”

In 2005, Sam began working at Argyle Winery in Dundee, OR to complete her thesis for a graduation requirement. Since then, she has worked as Lab and Quality Control Manager at Domaine Serene, Associate Winemaker for Tony Rynders, and Assistant Winemaker for King Estate before joining the La Crema team. In her current role, she enjoys solving the challenges that each new vintage in Oregon brings. Growing season and harvesting conditions can vary drastically from year to year, keeping Sam on her toes as she works to ensure each vineyard produces the best possible wine.

When she isn’t working, Sam loves to travel. She has explored wine regions in Australia and New Zealand and hopes to continue to travel the world as she continues to expand her already vast wine knowledge. 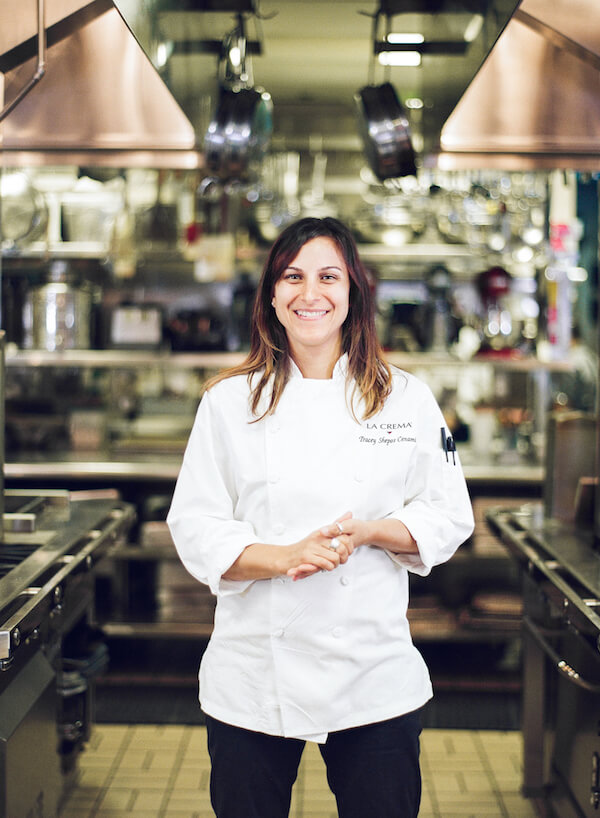 She loved the prospect of living in wine country and having the opportunity to create food to pair with specific wines.

Tracey Shepos Cenami grew up in a family that was always cooking. Her Italian Nana and mother put considerable thought into everyday meals, treating each as a special occasion. She held her first job as a dishwasher at a summer camp and was immediately hooked on the camaraderie, artistic expression, and satisfaction of the kitchen. She knew she had found her calling. Throughout high school, she continued to pursue jobs in the culinary industry before attending the California Culinary Academy in San Francisco.

After years in the culinary world, Tracey was drawn to the wine industry, which she found to be a natural transition. She loved the prospect of living in wine country and having the opportunity to create food to pair with specific wines. Before joining the La Crema team, she worked for eight years as the executive chef for Stark Reality restaurants, a Sonoma County restaurant group. During her tenure there, she helped to open five different restaurants and create a catering department. She also worked under Chef Michael Romano at Union Square Café for two years.

Tracey played a pivotal role in developing the culinary program at La Crema Estate at Saralee’s Vineyard, including introducing a VIP wine and cheese pairing experience – a lesson in the fundamentals of wine and cheese pairing which expertly pairs local artisan cheeses with La Crema wines. Her recipes have been published in magazines and newspapers, and she is a three-time winner of Food Network’s Guy’s Grocery Games.

When Tracey is not creating perfect pairings, she enjoys spending time outside with her husband and son barbecuing in the backyard or eating oysters on the Sonoma Coast. Her personal favorite pairing is La Crema Pinot Noir with bacon, almonds and Valley Ford Estero Gold cheese.