You love Chardonnay, I love Chardonnay, we all love Chardonnay. It’s America’s favorite wine, by far. There’s something about Chard’s rich, creamy-smooth mouthfeel, unctuous flavors and honey-sweet fruit that hits the spot. Let’s chill with a glass of wine as we learn eight Chardonnay fun facts!

1. A Chardonnay by any other name …

What little Chardonnay there was in the 1930s, 1940s and 1950s was usually labeled “Pinot Chardonnay” because people erroneously thought it was related to Pinot Noir.

2. From obscure to ubiquitous

In the 1940’s, there wasn’t very much Chardonnay planted in California. A 1941 census showed less than 100 acres statewide. Today, Chardonnay vineyards are planted on more than 100,000 acres.

3. Chardonnay, by order of the Queen!

Chardonnay achieved its reputation for greatness in the Burgundy region of France over 1200 years ago.

Around 800 A.D. the wife of the Emperor Charlemagne, disgusted by the red wine that stained her husband’s white beard, ordered that white grapes be planted in their Burgundy vineyard, which is now called Corton-Charlemagne. 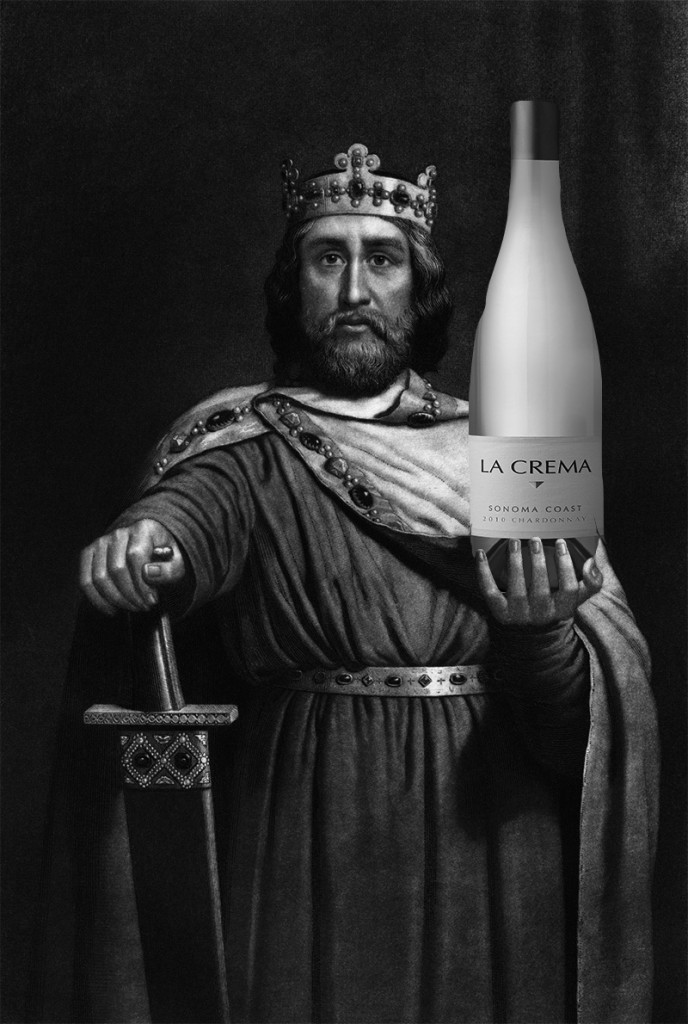 Things are the same all over: Charlemange’s wife hated red wine stains.

The famous “Judgment of Paris” tasting of 1976—which made California wine an international superstar—included the 1969 Chardonnay vintage of our sister winery, Freemark Abbey.

Which California county grows the most Chardonnay?
a. Sonoma
b. Napa
c. Monterey

(Scroll to the bottom for the answer.)

Chardonnay does best in cool, coastal regions, from Monterey up through the Russian River Valley, and all the way up to Willamette Valley in Oregon. Which (not coincidentally) is just where our La Crema grapes are grown.

The below video shows the daily fog effect, which covers the vineyards in a cool, cloudy blanket:

Today, Chardonnay is the best-selling wine in America, red or white. Americans consume over 840,000 bottles per year.

While you may think of box wine when you hear Chablis, it’s actually one of the world’s premier white wine regions. This district in the Burgundy of France creates crisp, mostly unoaked wines made from Chardonnay grapes. Therefore, the only true Chablis is that which comes from France.

Do you have any other Chardonnay fun facts? Discuss them in our comments area!