Who said sustainability isn’t exciting? When we need to protect our Pinot Noir and Chardonnay grapes before harvest, we enlist a squadron of 200 m.p.h. raptors to swoop in and help.

“Fred the Falconer,” they call him. He’s Master Falconer Fred Seaman, the guy you call when your vineyard is being treated like a pop-up lunch truck by swarms of blackbirds, starlings, finches, crows and other feathered critters, for whom a ripe grape is the equivalent of a caramel truffle for a chocoholic. 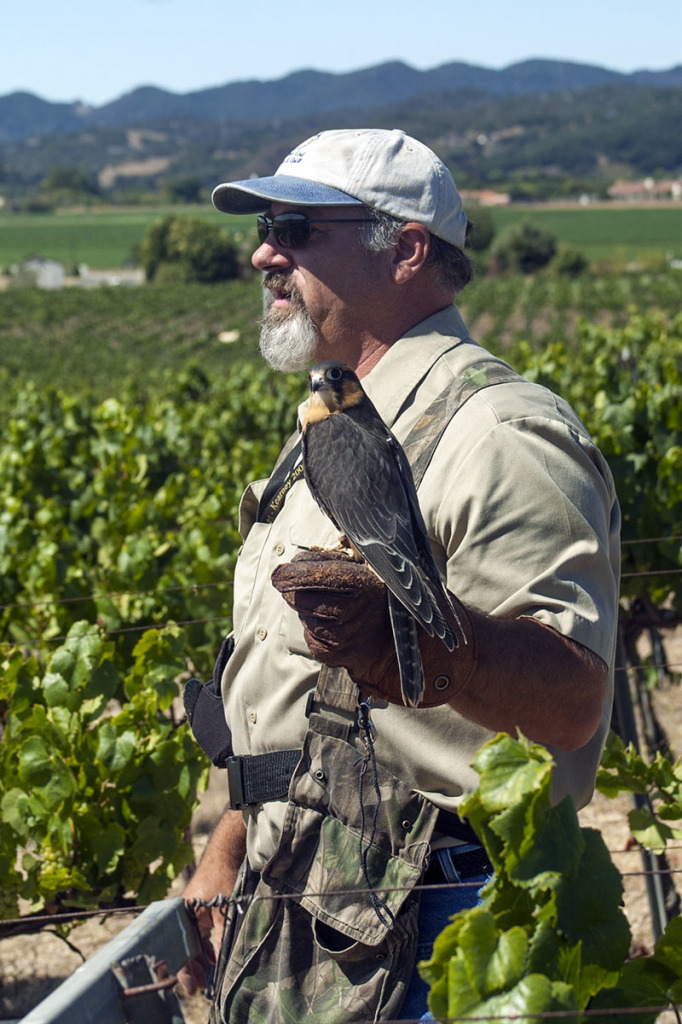 The 56-year old, who’s from Paso Robles, is CEO of Airstrike Bird Control, which does “bird abatement” for landfills, resorts, farms and, yes, vineyards along the West Coast.
The usual ways of protecting against birds are expensive and can be messy. They include putting plastic nets up over the vines, or sticking up Mylar strips that flash in the sun to scare the birds away, or just making a whole lot of noise with propane cannons.

All these interventions have their limitations, the most serious of which is that birds are smart. After a while, they figure out those little pieces of shiny Mylar aren’t going to hurt them, and they grow impervious to the loud booms.

But birds are afraid of falcons, and for good reason: Falcons are carnivores whose dietary preferences veer towards tasty little birds and rodents. And they’re fast; an adult peregrine falcon can swoop in at 200 miles per hour. 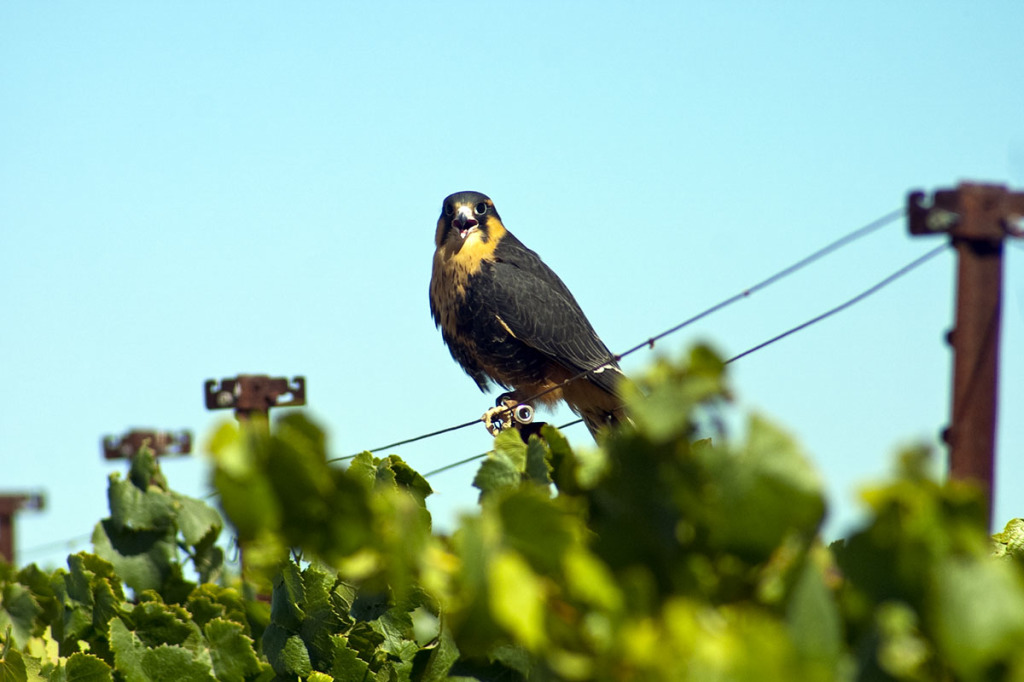 Seaman, whose Master Falconer designation was awarded to him through the Fish and Wildlife Service of the U.S. Interior Department, told us about his love for his birds.

“I just always wanted to get to know falcons. I have a passion for them. I can’t identify the deep psychological reasons why, but my first recollection of wanting to play with falcons was when I was eight. It was just inside me.

“Falcons are really intelligent, about as smart as a dog. But they’re also individuals. Some birds don’t care what human they work with. They kind of like everyone. Then there are birds that are one-guy birds. Some of my favorites are Gatsby and Shirley. Their children work on La Crema properties every year. 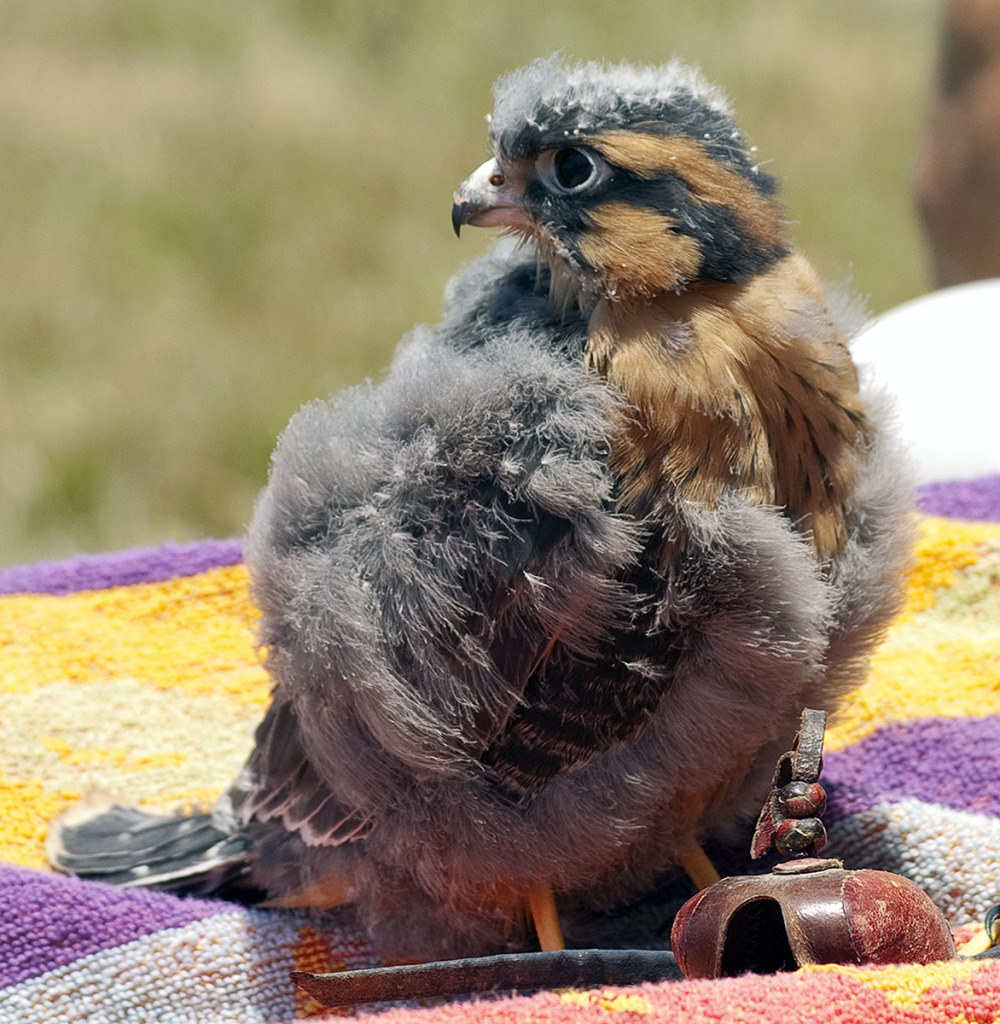 “There are many species and sub-species of falcons. At Airstrike, we use a variety of them, because each species has a specialized hunting technique.

“We’ll present a barrage of all different possible ways birds can get through to the grapes, although typically, we’ll have only one falcon over the vineyard at any given time. Otherwise, they might fight each other.”

Chasing is pure instinct. One bird can chase away 10,000 starlings in less than an hour! But the falcons don’t kill the birds. They rarely kill anything; they don’t eat when they’re working.

“When you kill, you’re not being sustainable. So our birds just chase the birds away.”

All of Seamen’s falcons are bred in captivity, and when they are too old to work, his birds have a great retirement plan.

“We give them a little house, with toys. I try to get them interesting things so they don’t just sit there all day.”

And with that, we lifted a glass of La Crema Chardonnay to toast Master Falconer Fred Seaman and his wonderful falcons!