Can you believe it’s already September!? I know, so crazy right? In the blink of an eye it went from picnics at the beach to sweater weather, well not sweaters yet, at least not over here in Vancouver where we are still melting. Since we don’t want to say goodbye to summer – not yet at least – I think we can still make summer inspired recipes, but perhaps with added ingredients that make them a bit more hearty. In this case I made a beef tenderloin panzanella salad with loads of tomatoes (because we all probably went crazy with the fresh tomatoes at the market). It’s like steak salad, but way cooler and super pretty. 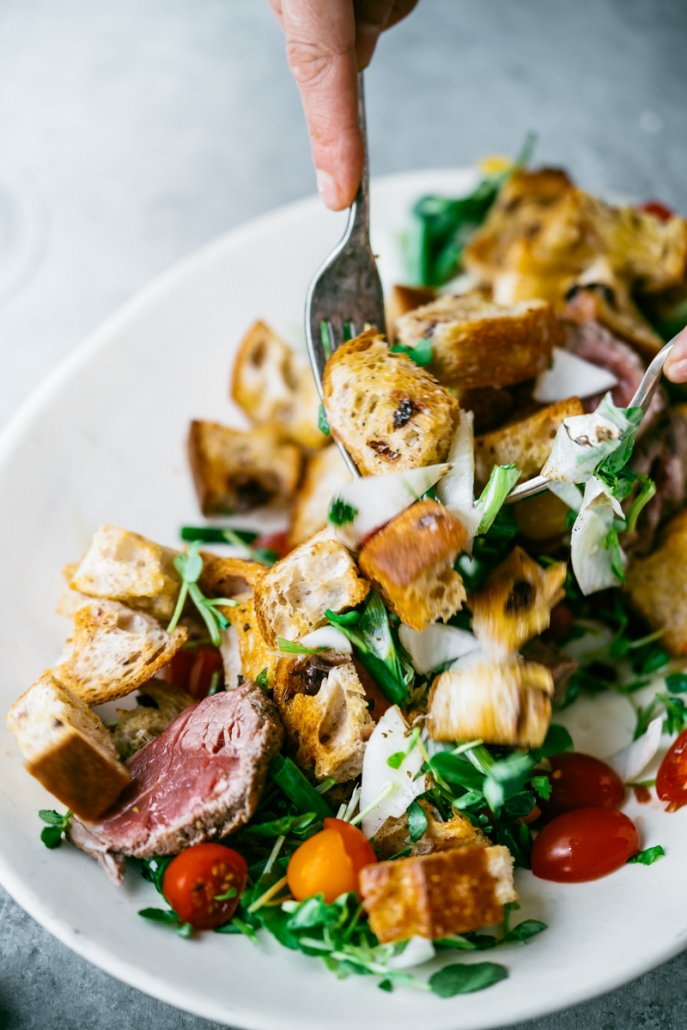 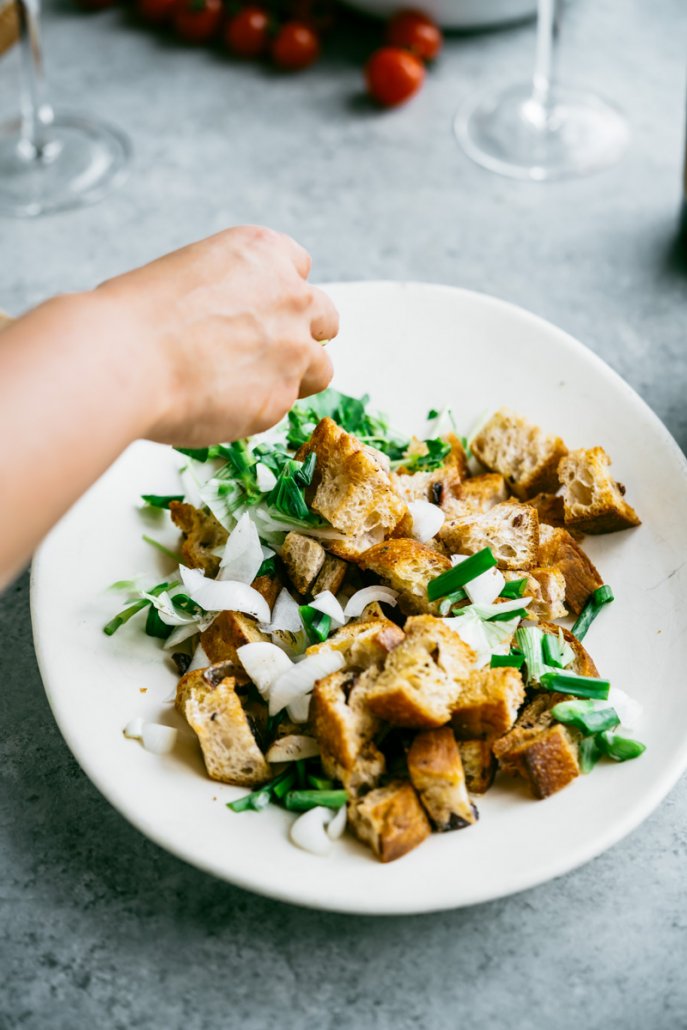 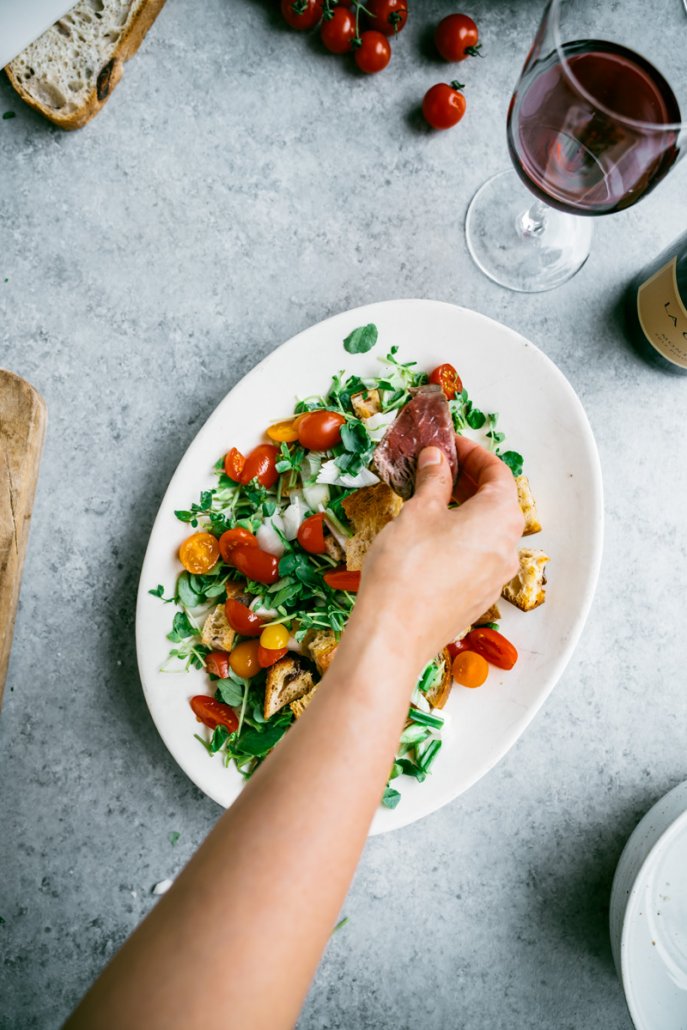 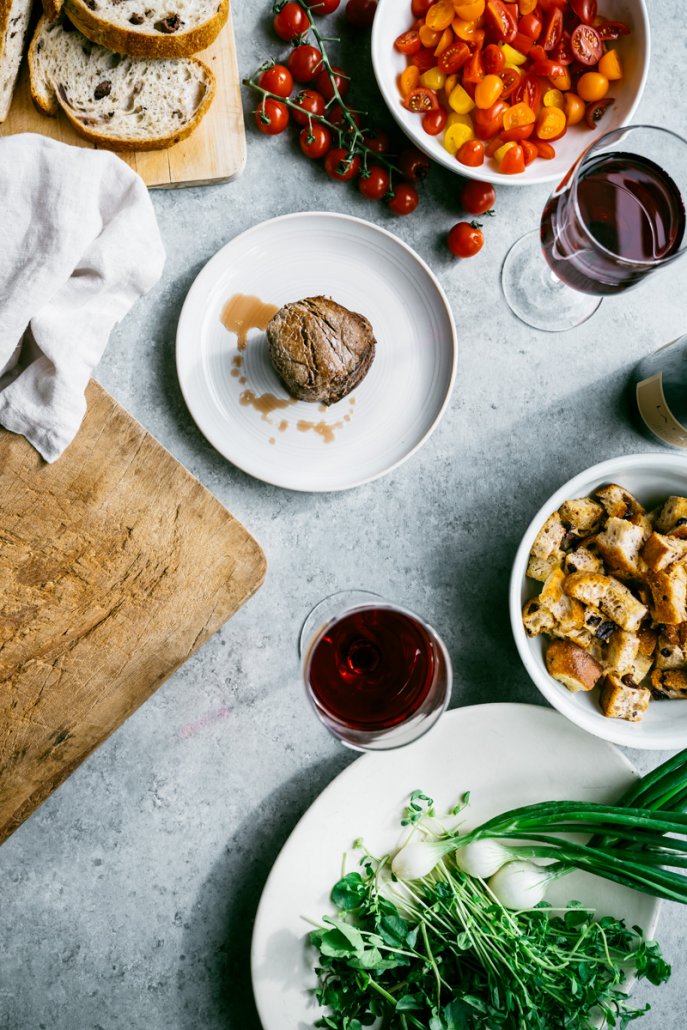 I made a ton of this salad and had leftovers, the next day I warmed it up and added extra greens and was amazing! And even though some of the greens had wilted, it was tasty and had a nice bite to it. You can make a big batch and just toss it for each meal, that way you can have a few lunches for the week. Clever huh?

This hearty end-of-summer Beef Tenderloin Panzanella Salad is paired with La Crema’s Monterey Pinot Noir, which has a good level of acidity and a few fruity notes of plum and cherry that work really well with the tomatoes. I also like that it’s quite “juicy” and not very heavy, so it’s a nice in between seasons kind of red. 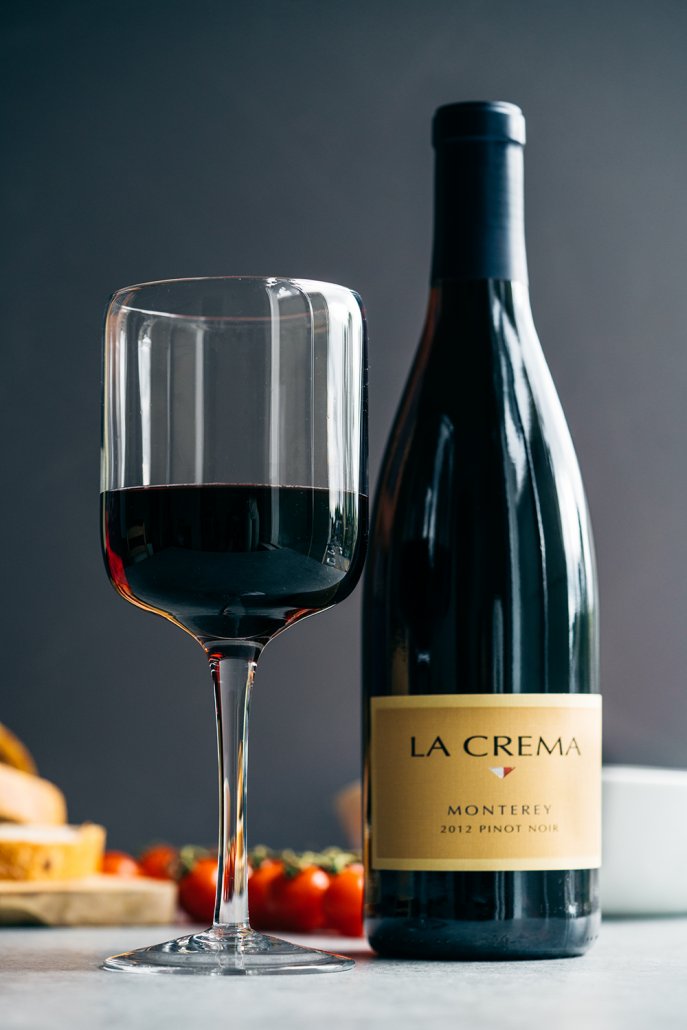 Oh and by the way you can switch the meat to lamb or even chicken if you want, use the panzanella as a base and switch it up to your liking. Here’s the recipe to make it: 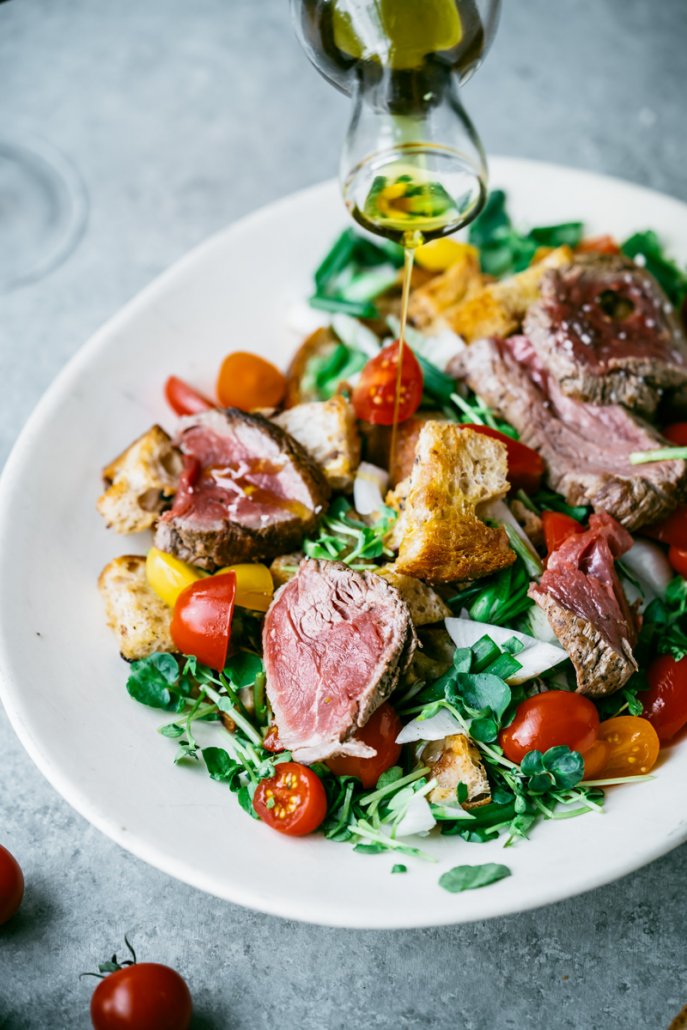 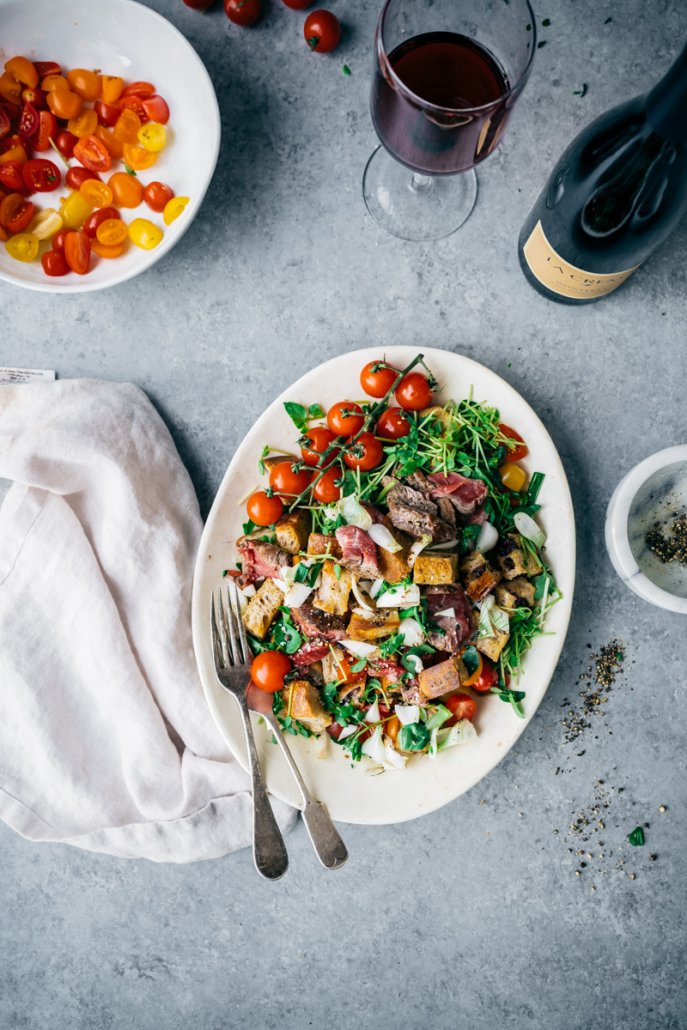 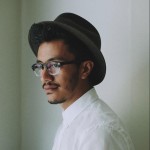