The biggest football day of the year is coming up. And although I’m not much of a football fan myself, I live in Boston, where ambivalence about sports during playoff season is practically a crime. 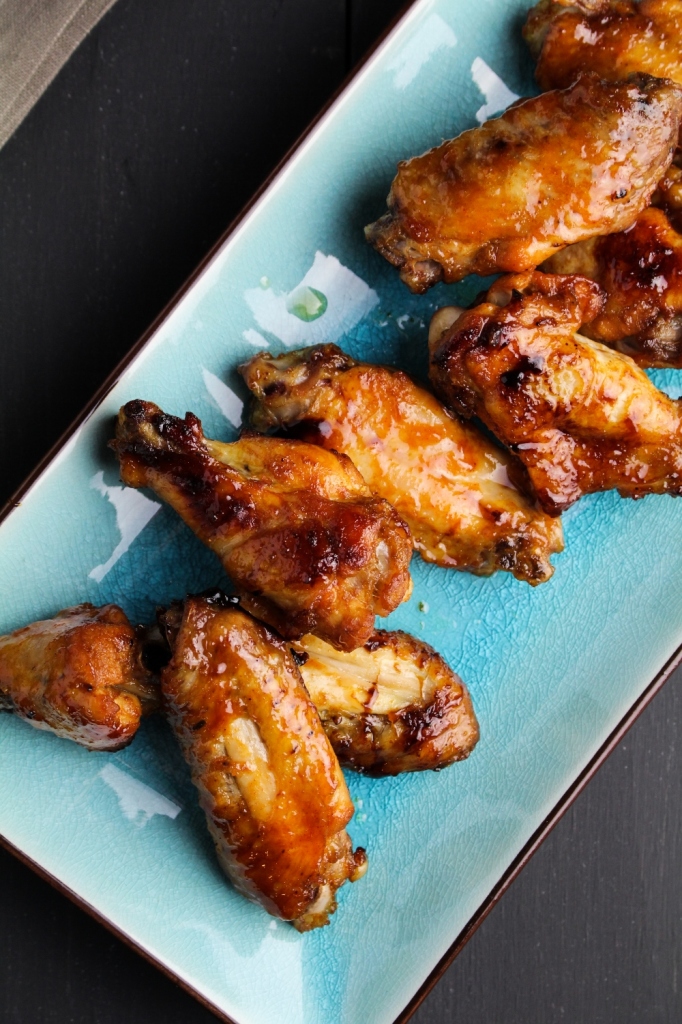 I may not have strong feelings about what’s happening on the TV, but I do feel strongly about what’s on the table during the game. Chili, guacamole, cornbread, pizza, loaded nachos, and wings abound—it’s like junk food heaven. But just because we associate these foods with stadiums, huge crowds, and fryolators doesn’t mean they have to be tired, or even unhealthy.

Take wings, for example: If you marinate them in an exciting, Asian-inspired sauce, then bake them instead of frying them, you could almost consider them gourmet. 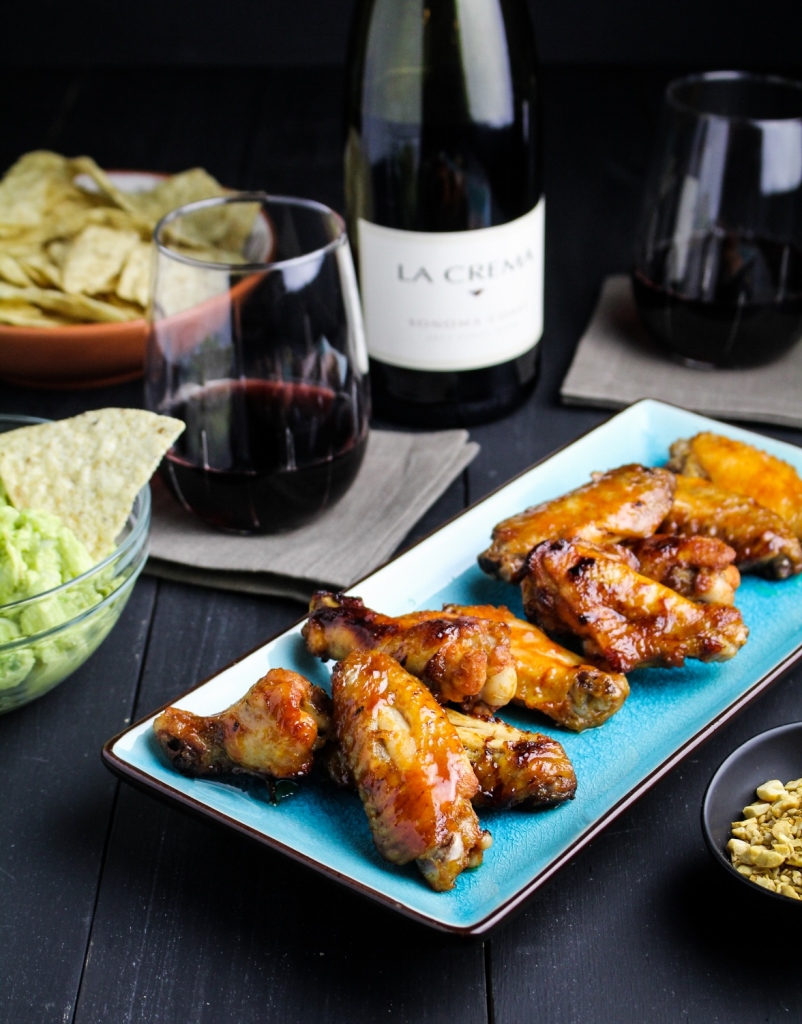 This recipe does just that, and takes its inspiration from Korean flavors. The sauce is primarily a mixture of gochujang—a spicy Korean red pepper paste—and pomegranate molasses, which adds tang and depth of flavor in addition to sticky sweetness. A few other strong flavors: Fresh ginger, honey, and umeboshi plum vinegar round out the intense sauce for a balanced, spicy-sweet chicken wing.

Tossing the sticky wings in toasted sesame seeds and chopped cashews after baking gives them a bit more crunch, and adds another element of flavor. 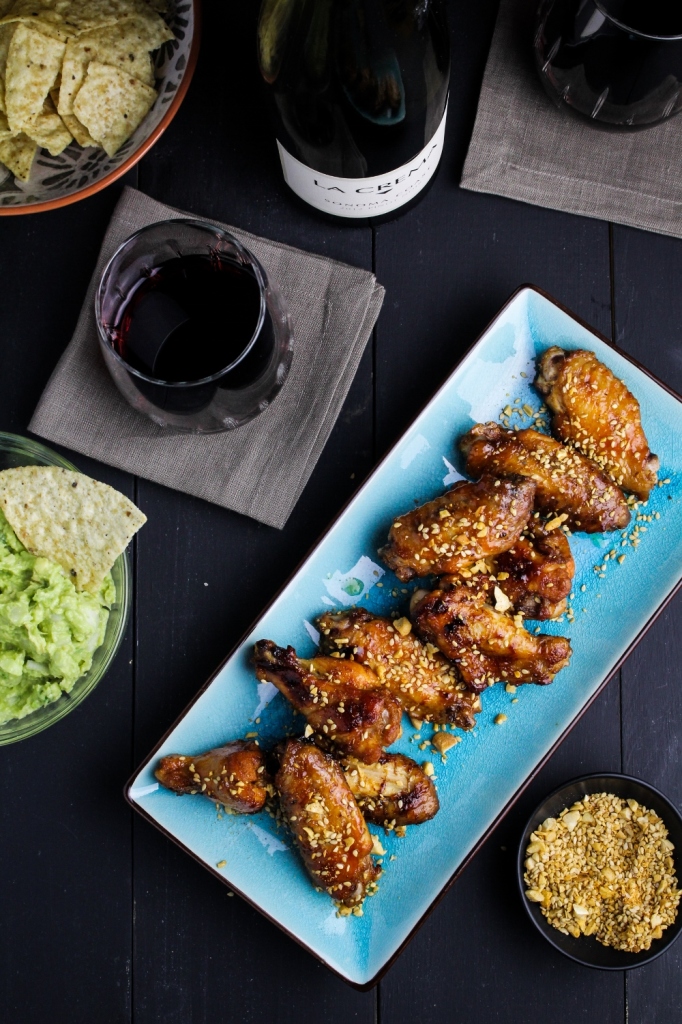 One other thing? The Big Game doesn’t have to be all about beer, either. In fact, the sight of a few nice bottles of wine set out amongst the cans and beer bottles will almost certainly be a relief to a few of your fellow game-watchers (it always is for me!).

If you’re serving these wings, the La Crema Sonoma Coast Pinot Noir is a great pairing. The pomegranate notes in both the wine and the wing sauce will complement one another, and the Pinot Noir’s relatively light body makes it a good choice for serving with spicy food. 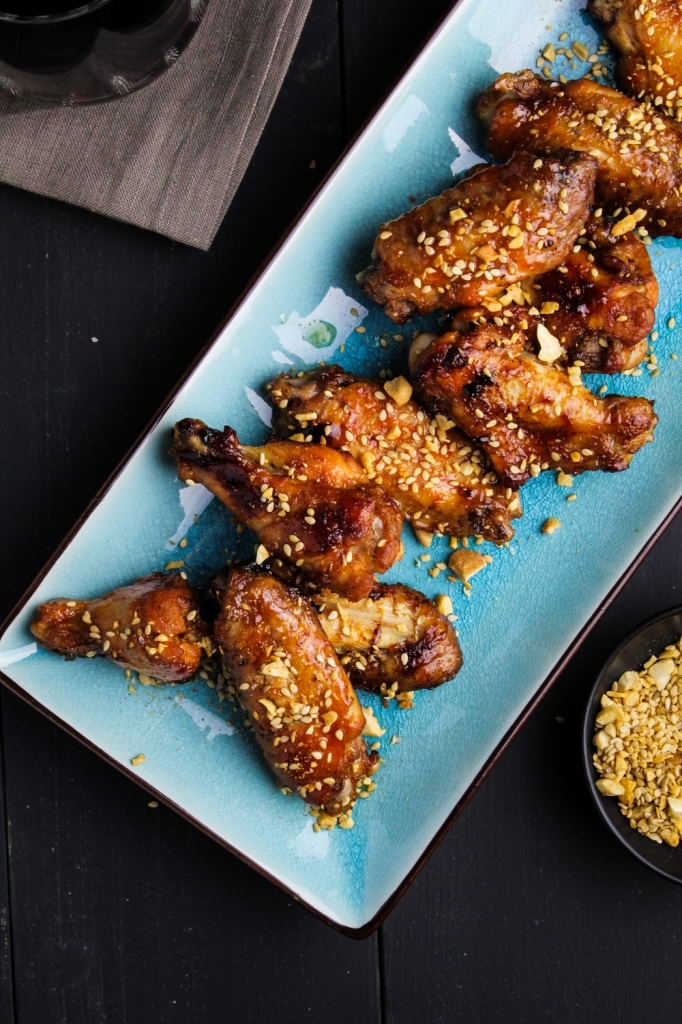 Sweet and spicy Korean-flavored wings, sticky and perfect for snacking.