Our Winemaker Shares Her Viticulture Journey

Ever wonder about the path it takes to become a winemaker? La Crema Winemaker Elizabeth Grant-Douglas shares her own journey. From her first exposure to the winemaking process to her early career and eventual position at La Crema.

I was born in Ontario, Canada. My dad was a home winemaker, so I was exposed to wine at an early age. I remember the first time I saw a fermentation: you had all this foaming and frothing in the glass carboy container. It was fascinating, magical.

I knew then that this was something I wanted to learn more about but at the time there was no such thing as an Oenology and Viticulture degree in Canada. I don’t think it even occurred to me that a winemaking career was an option. As luck would have it, just as I was finishing my Economics degree at the University of Waterloo I found out that they were starting such a program at Brock University where my father taught. I went back to school for four more years and graduated with the first class in 2000. The summer before I started the program, I was working at a winery tasting bar. One day, my manager set up a tasting, and I met the man who became my husband, David Douglas. That’s still the best tasting I’ve ever been part of!

[VIDEO] Elizabeth shares memories of winemaking with her father.

My first real winery job was at Inniskillin, a well established winery in the Niagara region of Ontario. I started in the tasting room but moved through the vineyards and into the cellar.

After several internships at other Canadian wineries, I did a harvest in eastern Washington State. It was a great experience but I recall thinking that it was even colder than harvest in Canada. Since we’d already driven all the way across the country, David and I decided to check out California, and of course it was on a sunny day, with palm trees next to the vineyards—winemaking paradise! And we knew right then we wanted to make this wonderful place our home!

I’d been in California only about four months when I learned La Crema was looking for an enologist. Of course, I knew about the winery. Pinot Noir was what I was most interested in, because the winemaker at Inniskillin had had a passion for the varietal.

I applied, and was hired in 2001 by Jeff Stewart, who at the time was La Crema’s winemaker. Jeff is now at Hartford Court, a terrific winery
that, like La Crema, focuses on cool climate Chardonnay and Pinot Noir.

Enologist is sort of the entry level of any winemaking team. It means different things to different wineries. Here at La Crema, you run the night shift during harvest and you’re that support person for the winemaking team. You’re doing tasting panels; you’re involved in all the experiments. It’s a great first rung on the ladder.

Eventually, I held every winemaking position at La Crema: Enologist, assistant winemaker, associate winemaker and then winemaker. I was appointed director of winemaking in 2010.

We make primarily Pinot Noir and Chardonnay, with little bits of other things. And of course, we’re doing more and more vineyard-designated wines, as well as newer appellations.

I love making Pinot Noir and Chardonnay. With Pinot, it’s more about dialing things in in the vineyard, and then keeping that individuality. We’re all about gentle handing: A cold soak, minimal contact with the skins after fermentation, and then a light hand with the oak. Although we’re now making Pinot Noir from different regions, that technique doesn’t change from vineyard to vineyard. [Editor: “cold soaking” the grapes delays the onset of fermentation. The increased skin contact of juice with grapes results in greater color and flavor extraction.]

With Chardonnay, which is a more restrained grape, there’s more hands-on winemaking involved, like oak, malolactic fermentation and lees aging, which make a bigger impression on the taster than with some of the other varieties. [Editor: Burgundian winemakers discovered that allowing the wine to spend time on the lees, or spent yeast cells, in barrel or tank (with occasional stirring, called “batonnage”) gives the finished wine lushness and a yeasty, Champagne-like richness.] But you have to be more careful, honestly, because with all those interventions, you can blur the lines between the different appellations. 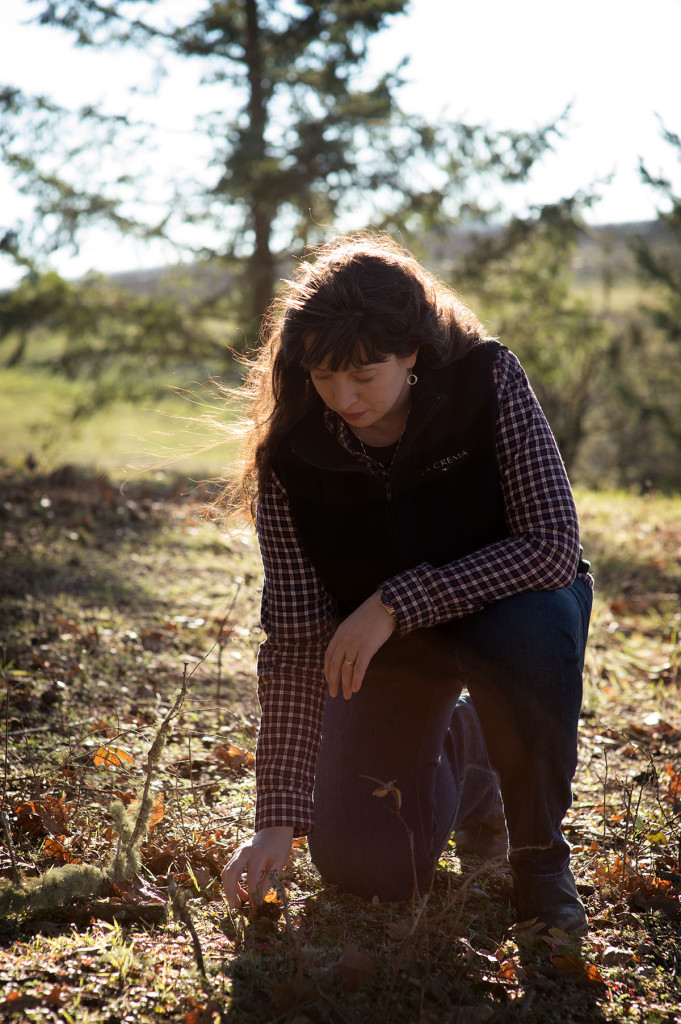 I love making Pinot Noir and Chardonnay. With Pinot, it’s more about dialing things in in the vineyard, and then keeping that individuality. With Chardonnay, which is a more restrained grape, there’s more hands-on winemaking involved.

It’s important for a winemaker to drink the wines of other countries and regions, like Burgundy. You have to keep an open mind, keep trying other wines from other parts of the world, and from your area. The worst scenario is to develop what we call a ‘cellar palate,’ where eventually the only wines you drink are yours. You risk getting a form of tunnel vision. This can have a negative effect on winemaking, as your palate no longer has an outside reference to other wines, regions and winemaking techniques.

I like to drink Pinot and Chardonnay, too. One thing I’ve become very familiar with is how well these wines pair with really simple foods. As a mother, family dinners become a lot more basic.

The folks I work with at La Crema are some of my closest friends. I obviously am very family-oriented, and it’s been difficult being away from my extended family in Canada. Part of the reason it’s worked for me is that I have the feeling of extended family here, at the winery. We are a family-owned winery, which is a big thing, but we’ve also created that feeling of family right here as well. It’s our culture. This is a group of people that hangs out together on our time off. I’d like to think that the feeling of people working together and loving what they do comes across in our wines.