True to form, this Cornbread, Chorizo, Poblano Stuffing was my favorite part of our Latin Thanksgiving menu. It hit all the right notes – just a little bit sweet from the cornbread, savory and salty from the chorizo, spicy from the roasted poblano, and a bit herbaceous from the oregano and sage.

Part of the beauty of Thanksgiving is that you can fill your plate up with small amounts of many different dishes, going back for seconds as many times as you want. It’s a feast with many choices. But if you could only choose one thing to eat on Thanksgiving, what would it be? For me, I think it would be stuffing, especially this Cornbread, Chorizo, Poblano Stuffing. I mean, what’s not to like about toasted bread mixed with sausage and veggies and a copious amount of butter and then served as a reasonable addition to a holiday meal? In my opinion, nothing. 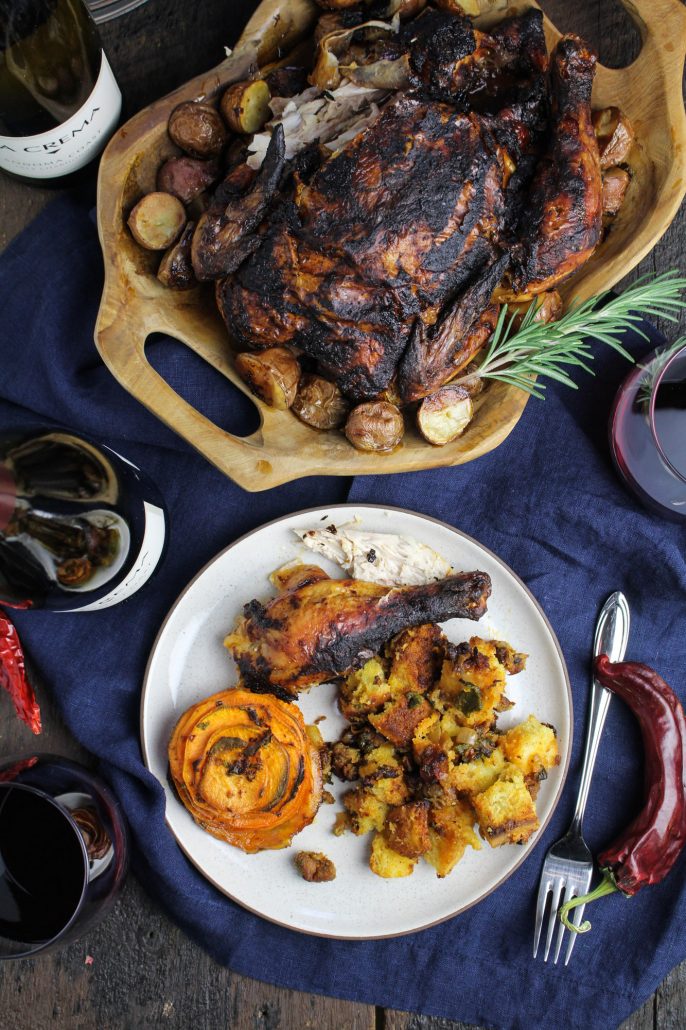 Sure, it’s a little more work to prepare than your boxed stuffing mix, but it’s so worth it. If you have any leftovers, I even think it has enough flavor to stand as a meal on its own–perhaps with a fried egg on top, or mixed into a bowl of pumpkin bisque (try it, I can promise you it’s delicious). It really upped the ante for what I consider to be great stuffing.

Like the other recipes in this menu, this Cornbread, Chorizo, Poblano Stuffing pairs well with La Crema’s Sonoma Coast Pinot Noir and Sonoma Coast Chardonnay.

Classic cornbread-based stuffing gets a little spicy with the addition of chorizo sausage and roasted poblano peppers. 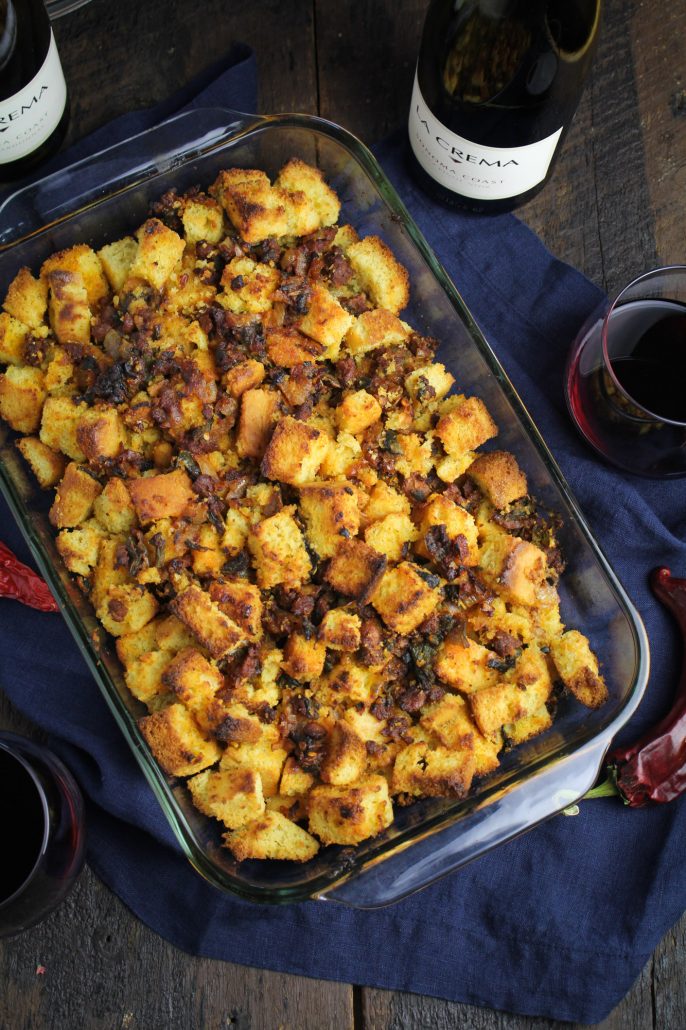