The initial vision for this dish was crispy, cheesy, savory potato waffles topped with horseradish sauce, mustard, and a pile of pulled lamb. Mashed potato waffles are not a new idea. There are tons of recipes available elsewhere on the internet, and most are fairly straightforward: take mashed potatoes, mix with eggs and flour, waffle it.

However, in reality, things turned out differently. My first waffle was an absolute mess! Simultaneously burnt and gooey and stuck all over the waffle iron (I know, not exactly what you want to hear from your resident “expert” food blogger). I quickly searched for others who had made potato waffles to see where I had gone wrong. Picture after picture of golden brown, perfectly formed waffles stared back at me. Either the entire internet was lying, or I had messed up. No tips or tricks or horror stories out there to learn from, either.

After 30 minutes spent cleaning the waffle iron I was too exhausted to try again so I decided to switch to potato pancakes and relinquished the whole task to Trevor. He tinkered with the batter and got it working well enough to make the pancakes you see here. The next day while I was at work, he texted me a picture of a golden brown waffle. I was baffled. How could mine have been such a disaster and his worked so well? Did he just have the magic touch? 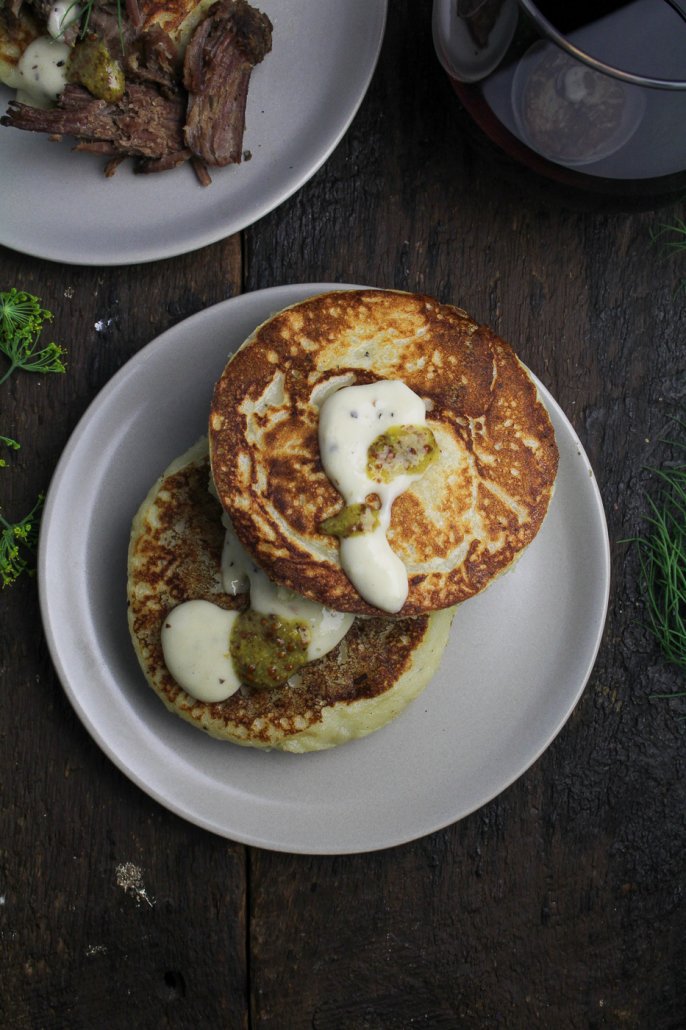 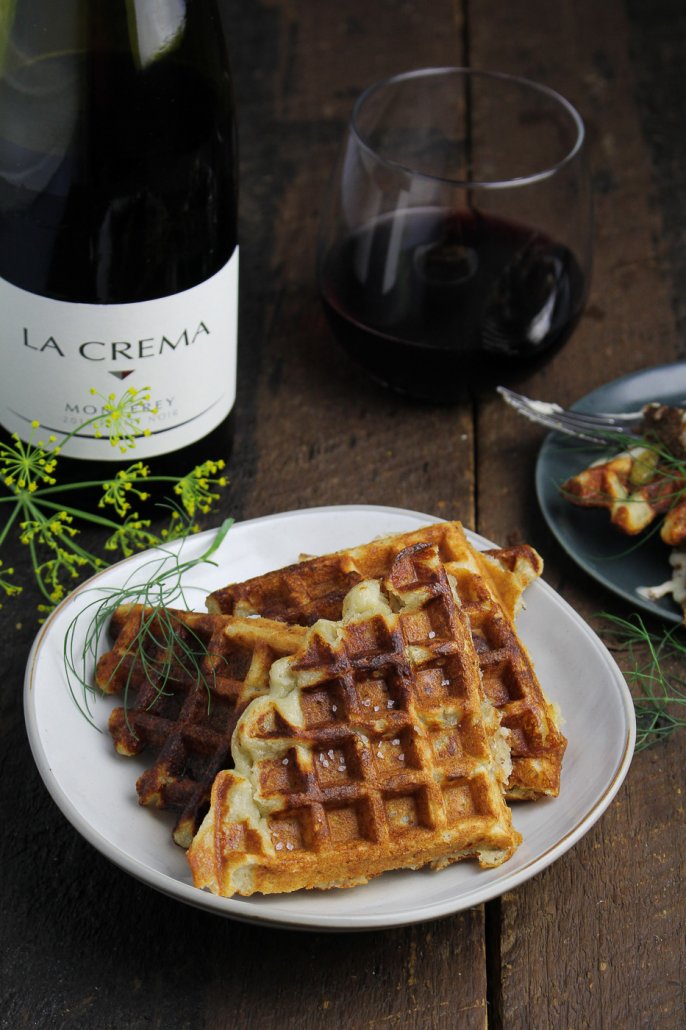 Upon reflection, and after watching a few videos, I’ve determined that my first waffle had two mistakes – the batter was too wet, and I didn’t let it cook for nearly long enough. Armed with my new theory, I added more flour to the batter and tried again. The recipe below is where we ended up with the potato waffles, but I think the trick is more in the technique than in the exact ratios. Definitely spray your waffle iron with non-stick spray, make sure there’s enough flour in your batter so that it’s fairly stiff, and let the waffles cook on low for at least 5 minutes – don’t be tempted to open the iron too soon or your waffle will split and you’ll have to start over! I’ll keep testing the recipe below and come back with any updates.

Read on for the accompanying lamb recipe and notes on how the whole Scandinavian dinner came together!